OVA have a proud history in the race walking events, LEARN MORE ABOUT THE EVENT HERE.

Competitive walking appeared in England by the early 17th century as aristocrats wagered over whose footman was fastest. With sizable sums at stake, nobleman sought footmen with speed and stamina. The sport had few rules. Competitors were expected to use a "fair heel and toe" technique, trotting as necessary to ward off cramps, but not running.

In the early 1800s, "amateur race walking" emerged at private sporting clubs in large cities. It was introduced into the Olympics in 1908 for men (in 1992 for women). The Olympics and Commonwealth Games now include race walks of 20K for women, and 20K and 50K for men. (At the men's 50K race walk is the longest Olympic road racing event.)

The rules of Race Walking are simple but highly technical due to subjective nature of the interpretation of the two rules being “Bent Knee “ and Loss of Contact”.

The IAAF Rule 230 states “Race Walking is a progression of steps so taken that the walker makes contact with the ground, so that no visible (to the human eye) loss of contact occurs. The advancing leg shall be straightened, (i.e. not bent at the knee) from the moment of first contact with the ground until the vertical upright position.”

OVA have a proud history in the race walking events including Daniel Coleman, who has represented Australia in 2 World Race-Walking Cups in Russia and Spain, winner of the Hong Kong International and holder of many Australian and State Championships.

Stephanie Stigwood is also one of the club's most successful race walkers who over the past year has represented Australia on multiple occasions and was the holder of no less than 5 Olympic qualifiers for this year’s Rio Games,

We also have a number of younger developing athletes, including U18 National Race Walking Champion Alice Randall, TTP member Anna Blackwell and top 8 at nationals Bayley Campbell. Masters athlete Kirsten Bott has also proudly represented the club, and will be attending her first World Masters Championships in October.

HOW DO I JOIN?

If you're interested in participating in the race walking disciplines of athletics, then we invite you to contact the OVA Southern Saints.

Specific race walking coaching is undertaken at the Domain Athletic Centre on Mondays and Thursdays between 3.50pm-5pm, by specialist coach Rosemary Coleman.

For any further enquiries: 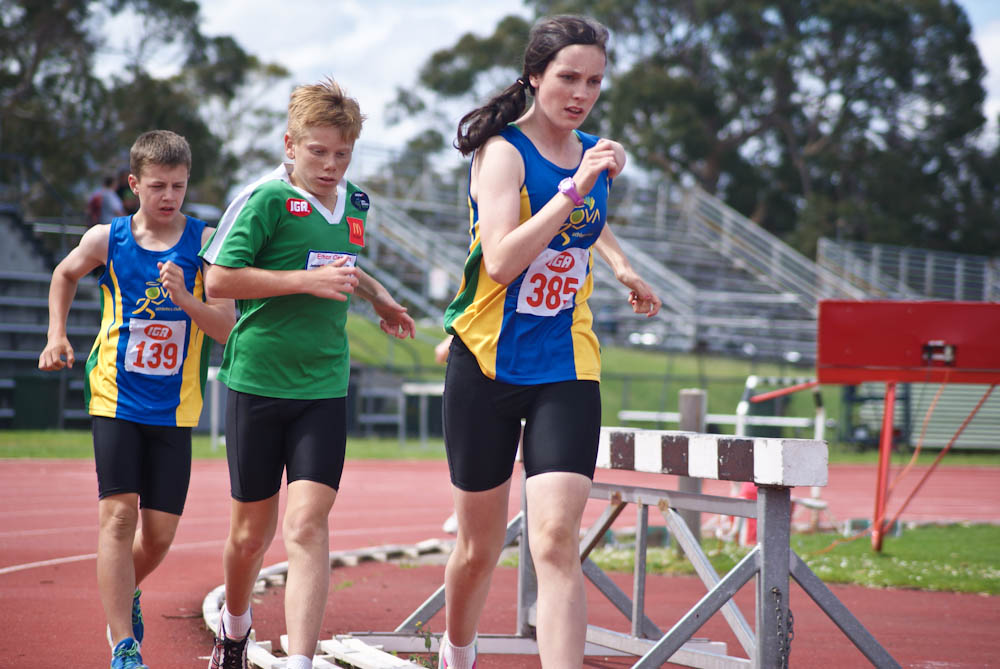 Alice and Bayley take to the race walking