Learn about the proud history of our club, including it's aims, events and focus.

Homepage | About the OVA Southern Saints

The old virgilians association (OVA) have always had strong ties with students, dating back to the early 1930's.

OVA was founded early in the 1930's, by a small group of students with the intention of enjoying the sport of track and field and wanting to start an athletics club. Due to the war, the small numbers in the group meant that the club was disbanded in 1947.

In 1964 “Old Boys" of the College, Bob Hamilton and Harold Rennie -  together with the support of the Christian Brothers and athletes from the school - succeeded in fulfilling the original intention of the OVA Athletics Club.

Application for affiliation was made with the Southern Tasmanian Amateur Athletic Branch Old Virgilians Association Athletic Club which was duly granted. The club very quickly built up a membership of some 40 athletes. Early in the 1980’s women were granted membership and the club became what it is today.

Beyond 2010, the club decided to rebrand itself as the OVA Southern Saints, as a bid to retain the original club heritage and values but appeal to a wider range of members.

We believe athletics should be a fun and friendly experience, plus also cater for those athletes who take things more seriously.

Our aim is to provide opportunities and assistance to both male and female athletes and officials – of all ages and abilities – so they have every opportunity to reach their potential and achieve their goals.

“The OVA Southern Saints continue to support me, in order to do my best and achieve my athletics goals!”

RACE TO THE TASTE, ANNUALLY, DECEMBER

OVA has been in charge of organising and officiating the well known Hartz Race to the Taste fun run in December.

The race works its way from the home of athletics at the domain athletics centre to the door steps of the Taste of Tasmania festival. Assistance from our athletes, members and their families to coordinate the race has been greatly appreciated over the years, and this event provides vital financial assistance for the club.

As a social and fun-based club, we hold regular BBQ's for all members in the athletics community to enjoy. These are a great opportunity to reflect on the days competition, and often enjoy the summer Hobart sunshine.

Athletics extends beyond the track and field, and often the OVA Southern Saints organise and help facilitate a handful of social nights which often include bowling and mini-golf; both of which are a hit with both our junior and senior members. 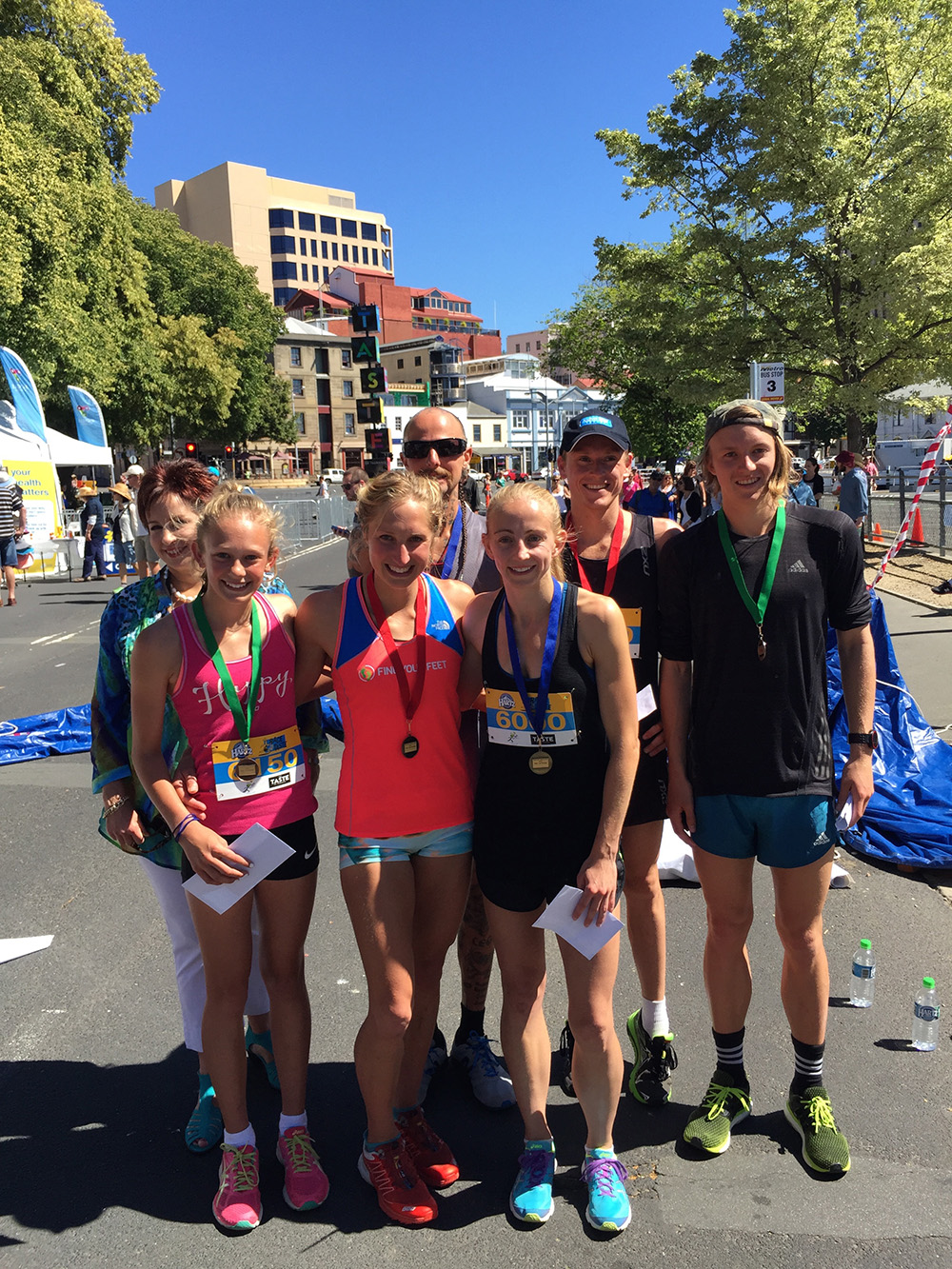 Place getters from the 2014 Race to the Taste