Rekindling The Love of Running

We recently caught up with new OVA Southern Saints member Andy Allison, who shared his recent journey of how he rekindled his love of running.

Every runner's journey has a different path. We all have unique stories and different motivations.

Running can be such an individual, selfish pursuit. My return to running last year, after a 4 year injury enforced break, started out this way...

When I decided to have another crack at being a runner again, I was living in Melbourne. Cycling had replaced running as my main physical pursuit. I enjoyed the camaraderie of cycling. The familiar hurt of pushing up the side of a mountain or a hard effort on the flat; but something was missing.

It was January 2016 and I was at The Tour Down Under in Adelaide on a cycling holiday with mates. Facebook flashed up a memory of me running at the 2011 Cadbury Half Marathon. I thought to myself "I want to get running fit again". Upon my return to Melbourne, I made a conscious and concerted effort to cut back on the bike and to lace up my running shoes again.

I knew with running that consistency is key so I tried to run more days than I didn't. This turned into running 6 out of 7 days. Nothing fast, nothing particularly long, just running. After I had managed this for around 5-6 weeks without too many issues, I added in one fartlek style session a week and extended out my Sunday run. This started to give me some confidence that maybe, just maybe, I might be able to settle some unfinished business with my running goals. 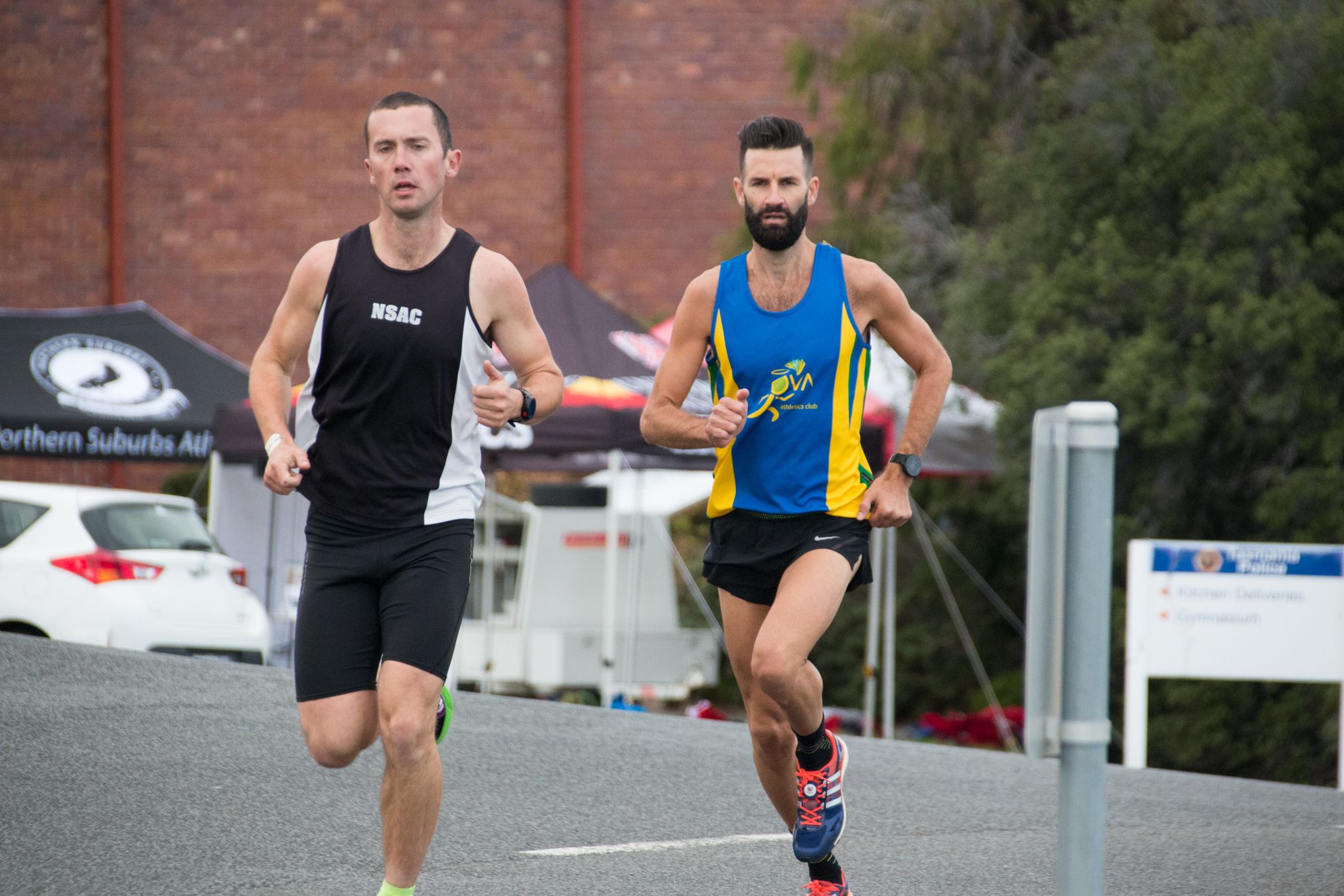 I decided I didn't want this to be a totally solo pursuit however,  so I put out some feelers and found a group to do my Sunday long runs with. It was these Sunday long runs with a group of total strangers, that really reignited my passion for running. From there I joined a local Club (Old Scotch) and an Athletics Victoria Premier Club (APS United). Running for these clubs in Melbourne was an amazing experience. The local XC was quite similar to our Athletics South Competition: A very relaxed, friendly atmosphere with some great courses and tough running. Still very competitive.

My 1st experience of the AV XC series was at Jells Park for the team relays. Lining up in the Premier division surrounded by Olympians, National medallists and the who's who of Victorian running elite.

"I don't think I've ever been more nervous on a start line!"

I had so much doubt. Doubt about whether I belonged on this stage. Fear of embarrassing myself. Stress of not even knowing if I could race over that distance as it had been years since my last competitive race. My mouth was bone dry about 500m into the run! But the buzz of being on the course with hundreds of quality runners, and team mates yelling in my ear as I went around the course was amazing. I was the slowest of our 6 runners that day, but not by much. This gave me a lot of confidence, that maybe I belonged here. We also took the silver medal for The Men's Premier Division. A 1st for the club I believe. A day I'll never forget.

Not long after this, it was time to make my official road race return at the Great Ocean Road 14k. Around 2 weeks out, I was knocked off my bike riding home from work. Banged myself up pretty badly. Walking was a struggle. The debut would have to wait. In a nice bit of symmetry, this race would end up being The Launceston Ten. Back home, and back to where I'd run my 10k PB in 2011 (32.19). I felt like the running gods had aligned, and this might be the time and place to finally go sub 32 minutes. Life doesn't always go to plan though! On a typically cold winters day in Launceston, I once again just missed it by running 32.04. This was a PB, but that didn't do much to quell the disappointment I felt. Going so close again, really hurt. I was determined to let this hurt fuel me for next time.

"The main thing was, I was back. Back running, and back competing".

I had a few more setbacks along the way; a viral infection that stretched on for over a month, a few small issues with my back, a foot injury, a couple of niggles with the Achilles. But now that I'd had a taste of it, I wasn't going to let these things stop me again. I went on to run PB's for The Half Marathon (70.17) & 5k (15.21). By this stage, I had taken on a coach and mentor, Ant Rickards. The difference he has made to my running has been immense. We set goals, we adapt programs together, work on race strategy, and are constantly bouncing ideas off each other. 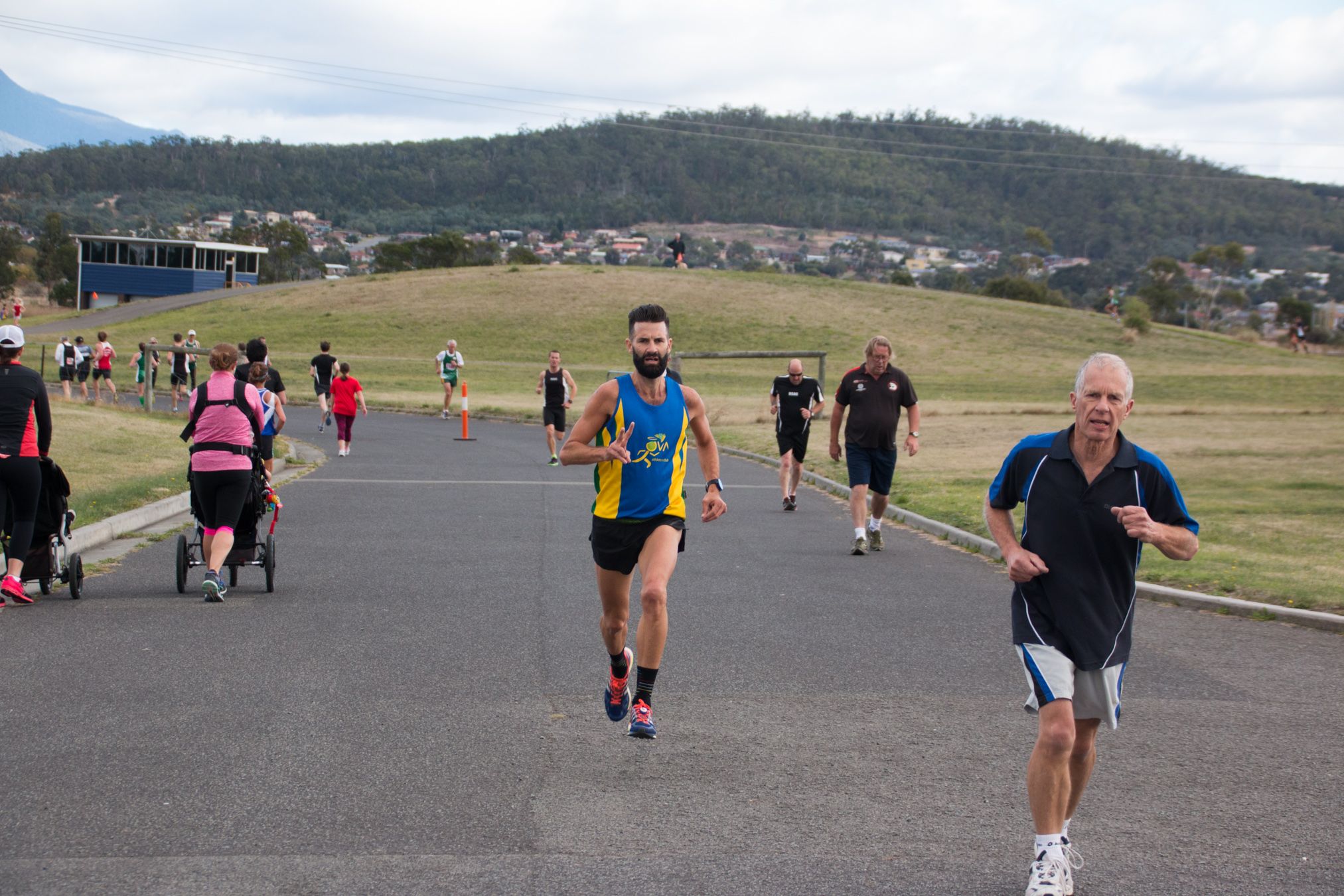 I returned to Tassie in February this year. I was in great shape after having a really consistent block of training. Ambitions were high leading into Hobart Run The Bridge. 2 weeks out, my old back issue flared up during the move. I could barely jog or bare weight on my left side. I was devastated. I had been anticipating this race for so long, and wanted to put an exclamation point on my return to the Tassie running community. The body and mind work in strange ways though. I woke up on race day not giving myself much of a chance of even finishing the race. Then I ran a PB of 31.43. Running is like that sometimes. It can bring you so much joy. Not always in equal measures to the amount of pain, but you just have to enjoy days like that!

So when it came to integrating back into the local running scene, I knew being part of the fastest team, or winning every trophy wasn't my motivation. The Melbourne clubs had taught me it's about friendship, and working hard for your team mates. I felt like there was only choice for me. With such good mates, Nathan & Sam Morey and Dom Anastasio, and seeing the culture they were building at OVA, I wanted to be a part of that. And to help grow the distance and XC stocks along with Brian Lyons.

"...seeing the culture they were building at OVA, I wanted to be a part of that".

As I sit here on the couch writing this, I have my legs up and ice and strapping on my knee. A little reminder from The Gold Coast Half Marathon I raced last week. Following a month of illness & injury, I was still determined to race well, but certainly had a bit of self doubt. The race hurt like hell, but not much good comes without a bit of sacrifice. Another PB of 69.32 and 20th position. I'm now not allowed to run for the next week. Totally worth it!

So that's where I'm at now. I feel like I've just started on my 2nd running caree at 38 years of age. I hope there are still plenty more races and PB's ahead of me. Maybe even a track debut come summer!  Thanks for taking the time to read this. I look forward to meeting many more of my OVA team mates in the near future.

The OVA Southern Saints are proud to announce a three year partnership with Zambrero Liverpool Street, starting in season 2020/21.