Two OVA recognised at AS Awards

The OVA Southern Saints wish to congratulate Dusty and Mark on their recognition at the recent Athletics South awards.

Following impressive 2016/17 track and field seasons, the club is stoked to have both members awarded for their efforts.

Joining his brother Robert in training, Mark has gone from strength to strength as he continues to improve his middle distance running. Mark was a regular on the track last season, and has joined in on what's become a family affair at cross country so far in 2017. Mark was awarded the U14 Male Athlete of the Year.

Despite injury setbacks at the tail end of the season, a trip to Fiji to compete at the Oceania Championships highlighted Dusty's impressive year. Only a few years ago, Dusty was a young, nervous athlete lining up on the 400m start line at the Tasmanian State Champs. He ran well, learning from the experience

Nowadays, Dusty is emerging as one of the state's most promising 400m runners as he transitions from the junior ranks through to senior competition - recognised through his Athletics South U18 Male Athlete of the Year.

We caught up with Dusty, who said, "It's a great honour to receive this award, particularly looking at the list of athletes who have received the U18 trophy over the years. I don't think I would be where I am, and had the year I did, if it wasn't for Rosie Coleman. I really appreciate the award, and am going to take it as a goal to keep striving forward with my athletics".

Great work boys, we're looking forward to seeing what you can produce in the next track and field season. 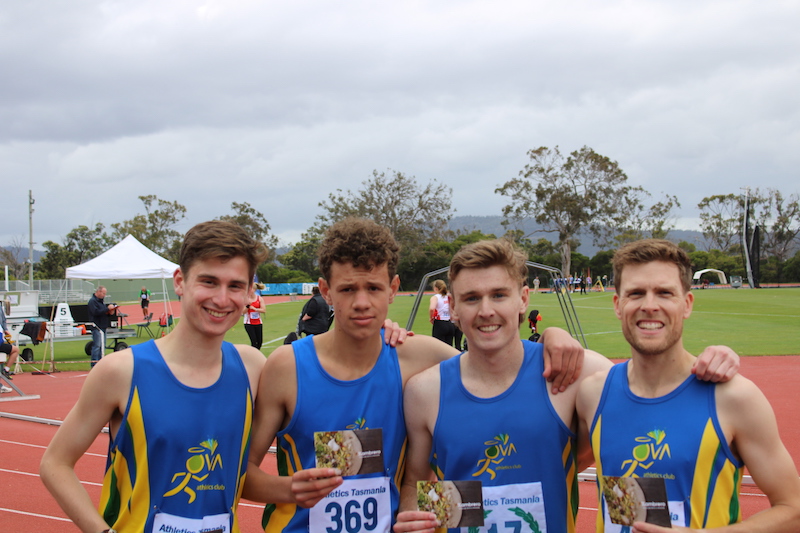